The prohibition of anti-competitive agreements is one of the three core areas of a competition law.

Cartels are the most serious form of anti-competitive agreements, and their prosecution is an enforcement priority in many jurisdictions. A cartel exists when businesses agree to act together, control prices and prevent new competitors from entering a certain market. This is aimed at driving up the profit of the cartel members while maintaining the illusion of competition.

The negative effects of cartels include: 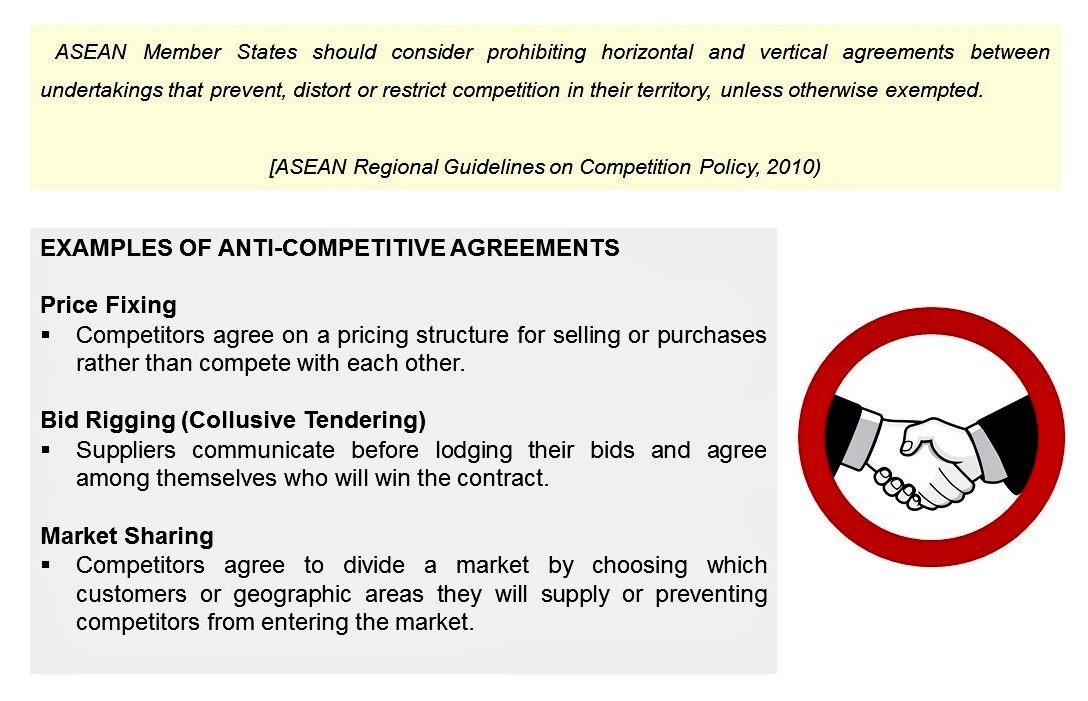