The prohibition of abuse of dominance is one of the three core areas of a competition law.

Detecting and determining an abuse of dominance can be both complex and controversial, due to varying standards (concerning market shares, terms used, etc.) in different jurisdictions. It is important to note that monopolistic power does not in itself constitute a violation of competition laws. Unlike hard core cartels, which are per se illegal, investigating abuses of dominance requires a rule of reason approach and a proper understanding of instances of abuse. 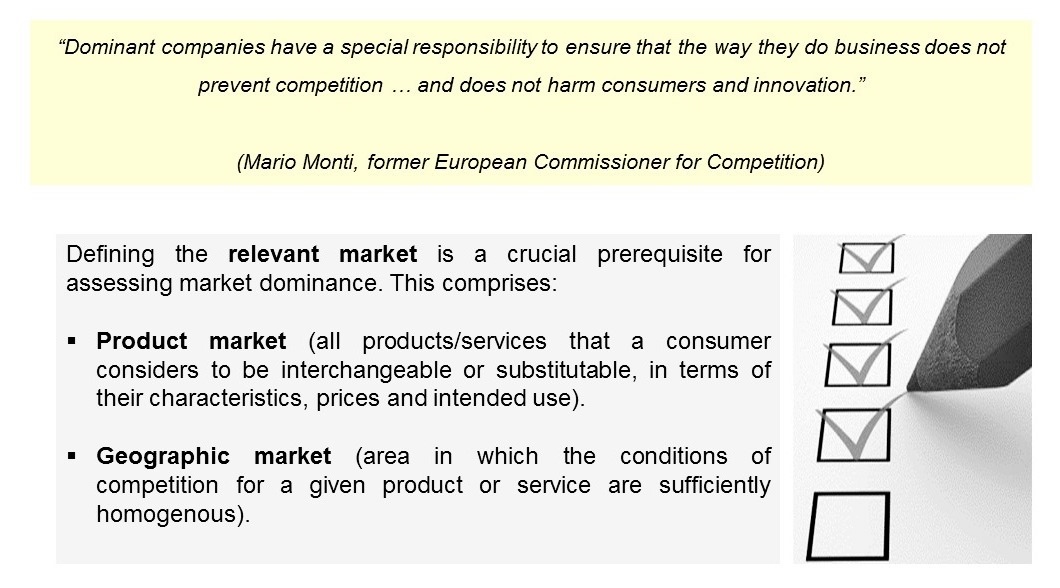