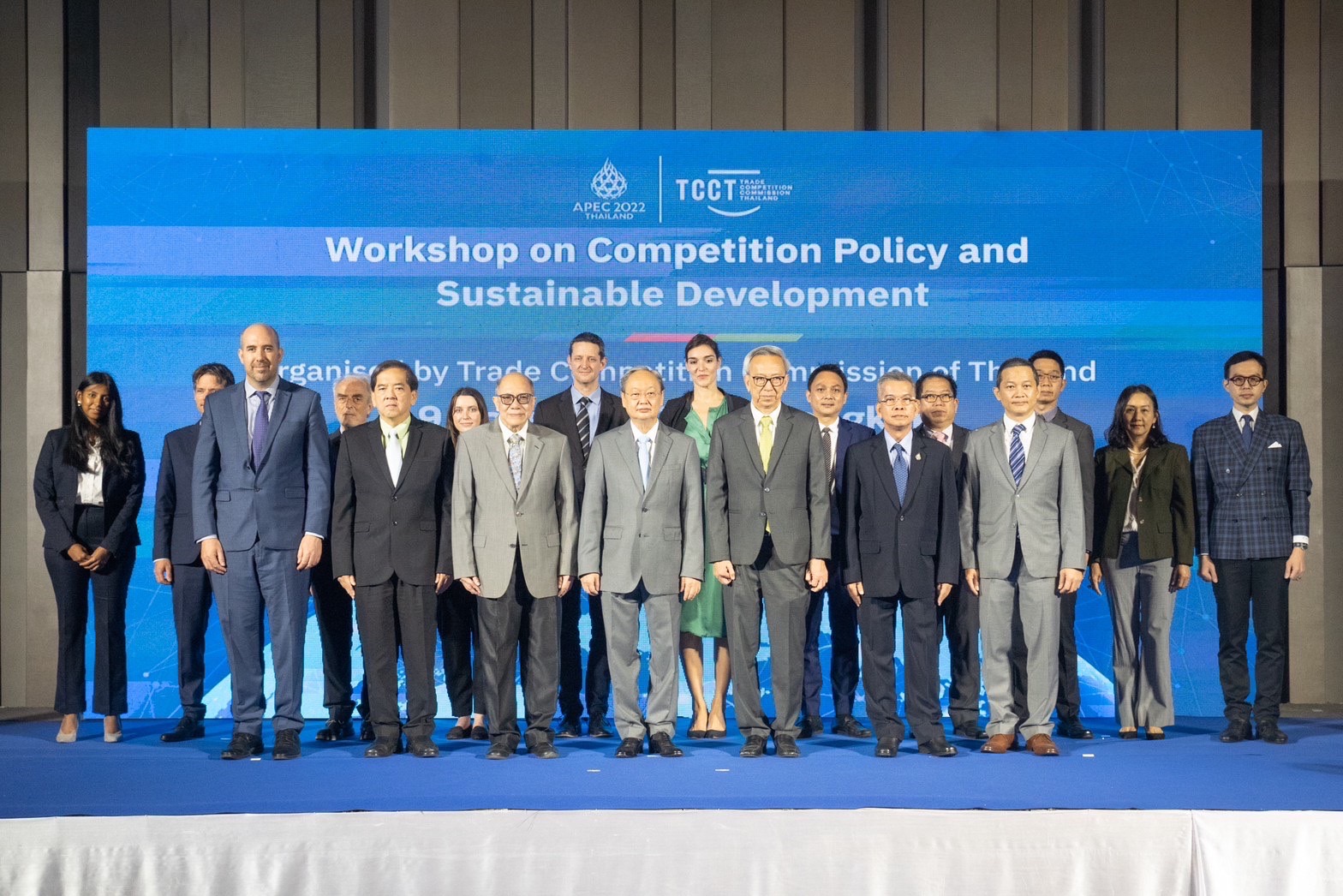 Following the welcoming remarks from Prof. Sakon Varanyuwatana, the Chairperson of TCCT and Mr. Krisda Piampongsant, the CPLG Convenor, the discussion is inaugurated by a keynote address from H.E. Mr. Sontirat Sontijirawong, Former Minister of Energy and Former Minister

of Commerce of Thailand titled “Bangkok Goals on Bio-Circular-Green Economy (BCG): The Interlink between Sustainable Investment and Competition Policy,” who emphasized the centrality of competition policy in guiding the swift, effective, and just climate action and green transition.

The following panel of experts from APEC members, the OECD, European Union, the United States, the United Kingdom, and the Netherlands weighed in on issues of the nexus between sustainable development and various areas of competition policy anti-cartel, abuse of dominance enforcement, merger reviews, to advocacy.

The post-workshop report will capture the points and recommendations raised during the event and will be issued as an APEC publication and publicly available on the APEC website.